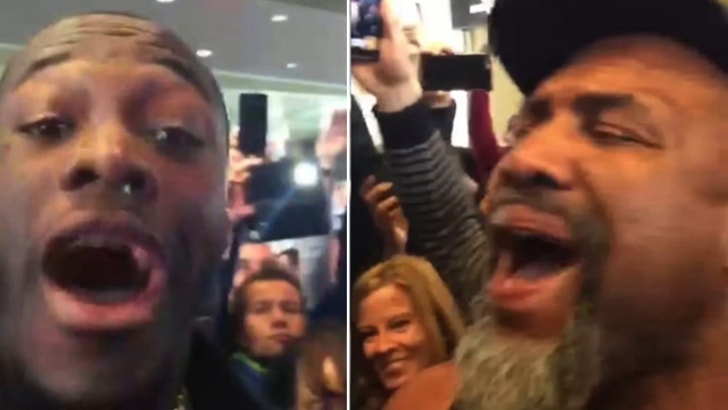 Things just went NUCLEAR between heavyweight boxing champ Deontay Wilder and former champ Shannon Briggs -- with the two TEARING INTO EACH OTHER in the middle of NYC.

The boxers were at the weigh in for the Wladimir Klitschko vs. Bryant Jennings fight when they started talkin' smack to each other.

Shannon called Deontay a phony champion ... "they GAVE you that belt." And Deontay essentially called Shannon a pathetic has-been.

The whole exchange was captured on video by ANOTHER boxing champ, Lennox Lewis -- who posted the footage on Twitter.

Briggs has been trying to lock up a fight with Klitschko ... but now, his focus may be changing.