New video shows the confrontation between Native American extras on the set of an Adam Sandler movie and the film's producers ... that eventually led to them walking off.

In the video, obtained by the Indian Country Today Media Network, several Native Americans are clearly pissed off over "jokes" in the "The Ridiculous Six." They're particularly annoyed over the name of one of the females in the film, Beaver's Breath.

The Native Americans eventually walked off the production and quit. 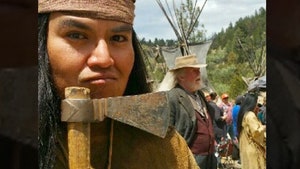 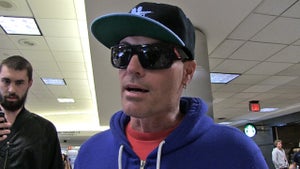