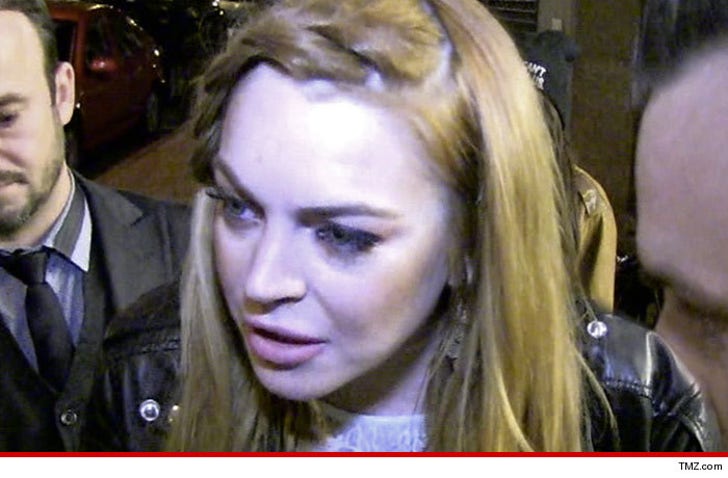 Lindsay Lohan has fallen woefully short of completing her community service hours, and the prosecutor now tells TMZ he will most likely ask the judge to issue a warrant for her arrest.

Lindsay is due back in court Thursday to prove to the judge in her reckless driving case that she has finally and belatedly done her community service. As you recall, during the last hearing the judge called BS on some of the hours Lindsay says she completed in London ... especially the ones in which she claimed credit for performing her play in the theater.

The judge ordered her to complete 125 additional hours by the end of the month. Lindsay's lawyer and the prosecutor will appear in court Thursday for a progress hearing, but we're told the community service organization in London has told prosecutors Lindsay has completed fewer than 20 hours. 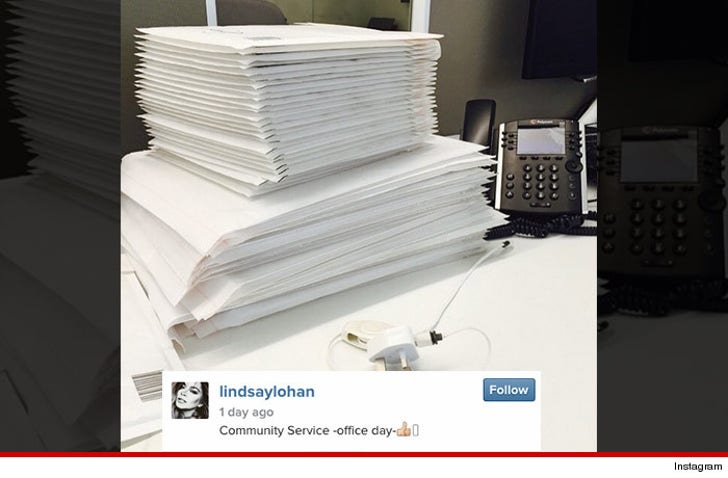 Lindsay posted a pic Tuesday showing her in an office with stacks of files, saying she's doing community service, but that's not cutting it for the Santa Monica City Attorney.

If the judge does issue a warrant, she can flout it by simply staying in London ... there's no extradition for a misdemeanor. 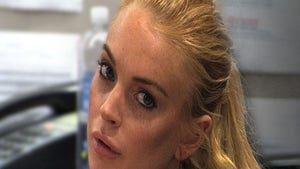