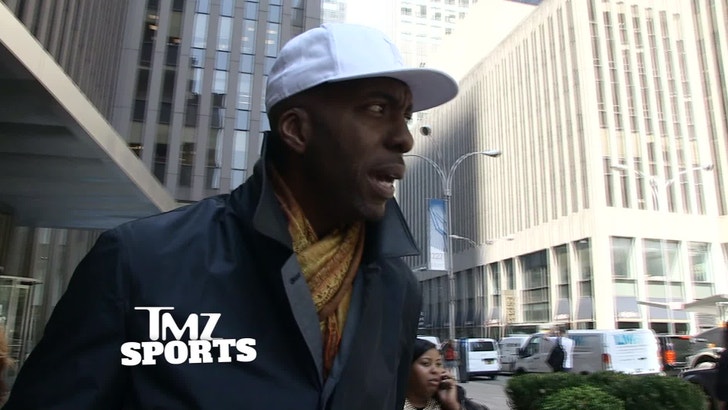 The guy who deflated Tom Brady's footballs ... and then complained about the QB over text messages ... is nothing but a whiny little bitch ... so says NBA legend John Salley.

But when it came to the OTHER people involved in Deflategate, Salley WENT OFF -- saying, "If the QB says make the balls lighter and then the guy who's supposed to be be doing it is sending texts and tweets? He's the bitch."

Of course, Salley is talking about Patriots locker room attendant Jim McNally -- who, according to the Wells Report, sent texts to another Pats staffer trashing Brady after the QB griped about the ball pressure earlier in the season.

"Everybody on that team is a part of the team. Everybody plays a role ... the fact that [McNally] put all that sh*t out ... he's a bitch to me."