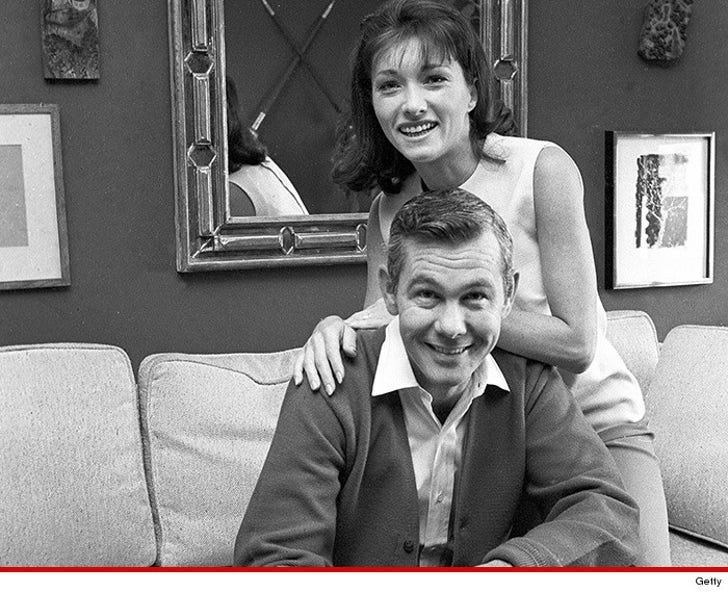 Joanne Carson -- the woman by Johnny Carson's side when he rocketed to superstardom -- died at her home in L.A. on Friday.

Joanne-- a former Pan Am stewardess (that's what they were called back then) and model -- married Johnny in 1963 -- the year after he started hosting "The Tonight Show." They'd been dating since 1960 ... when Johnny was still doing sketch comedy.

They lived together in NYC until they divorced in 1972. Joanne moved back to her native California ... and worked in TV talk shows for a while. She was married and divorced once more. Johnny went on to marry two more times.

While living in NYC ... Joanne became good friends with famed author Truman Capote. He had a writing room in her L.A. home on Sunset Boulevard, and died there in 1984.

Joanne died in hospice care -- she'd been in failing health for some time now ... according to the L.A. Times, which first reported her death.