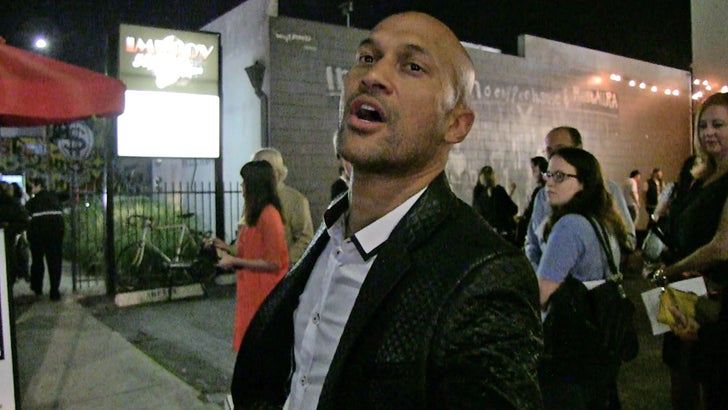 Keegan-Michael Key paid homage to Prez Obama Sunday night, saying he's got the comedic timing of a pro ... and he also spilled the beans on who wrote their skit.

The Comedy Central star was leaving the Improv in Hollywood when our photog asked about their shtick and he said it was concocted right at 1600 Pennsylvania Ave.

It came off so well, you would have thought Obama and Key rehearsed for hours ... not so.

Key made it clear ... Obama has a future after politics.