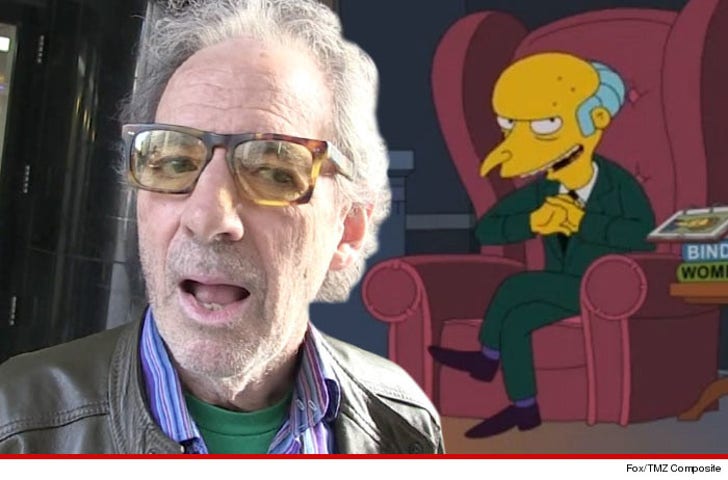 Every 'Simpsons' fan's worst nightmare just came true -- Harry Shearer ... one of the key voices on the show is leaving after contract talks broke down.

According to Shearer ... co-creator and executive producer James L. Brooks' attorney broke the news that Harry would "not be part of" the show going forward.

TMZ broke the story ... Shearer was the last cast member left to sign on for the 2 year extension FOX recently announced. Our sources said the 71-year-old actor had issues with the back end and merchandising parts of his contract, and refused to sign.

On Twitter Wednesday night, Shearer said the breakdown was because he wanted "freedom to do other work."

It's a major blow to the longest running scripted show on TV. Shearer voiced neighbor Ned Flanders, Principal Skinner, Mr. Burns, Smithers, Kent Brockman ... and a ton of minor characters. In all, he's given voice to well over 100 citizens in Springfield.