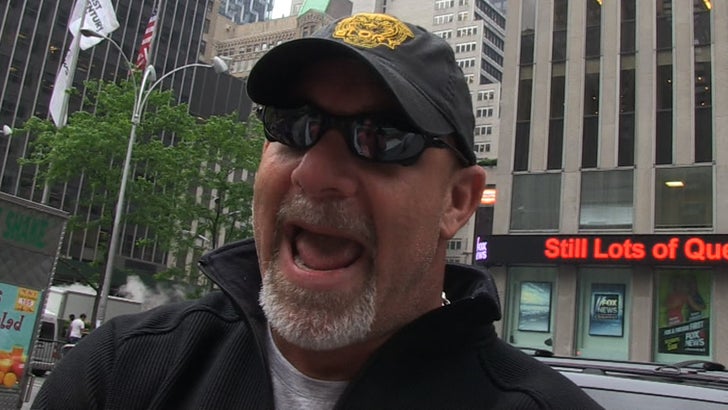 No more "fake" fighting for Bill Goldberg -- the pro wrestling legend tells TMZ Sports he's gearing up for a REAL kickboxing fight ... and he's training with one of the biggest badasses in the biz.

The 48-year-old says he's flying out to Amsterdam to train with Rico Verhoeven -- the world heavyweight champ in the Glory kickboxing league -- and he's serious about fighting.

Goldberg says he's not delusional -- he doesn't think he's going to be the next great kickboxing champ ... but he really wants the opportunity to show off his combat skills in the ring.

So far, no word on when Goldberg hopes to schedule his first fight.

BONUS -- our camera guy Adam is a HUUUGE fan of Goldberg -- who's also promoting a "Legends of Wrestling event at CITI Field -- and asked the guy for some advice on how to shoot the perfect wrestling trash-talk promo. Check it out.