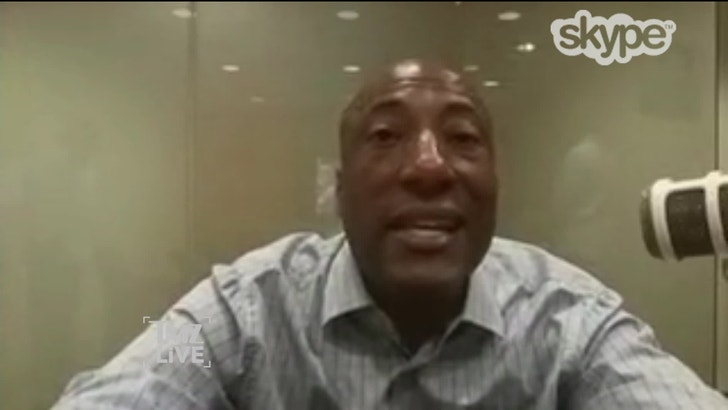 President Obama refused to address the racial issues raised by famed Hollywood producer Byron Allen, but went radio silent, according to Allen ... who's now blasting the prez AND the potential future prez.

TMZ broke the story ... Allen told us, on camera, that Obama is a "white president in blackface." The remark ignited huge controversy, but when Allen came on TMZ Live he refused to apologize. Instead, he said he was intentionally being harsh on BO because "Black life in America is harsh!"

Allen also says he's only going public with this because he met the Prez face-to-face -- at a fancy $40k/plate dinner -- and raised his concerns, but never heard back.

Watch, Allen is incredibly bold -- aside from ripping Obama, he also warns Hillary Clinton ... address my concerns or "you're not gonna get the black vote."