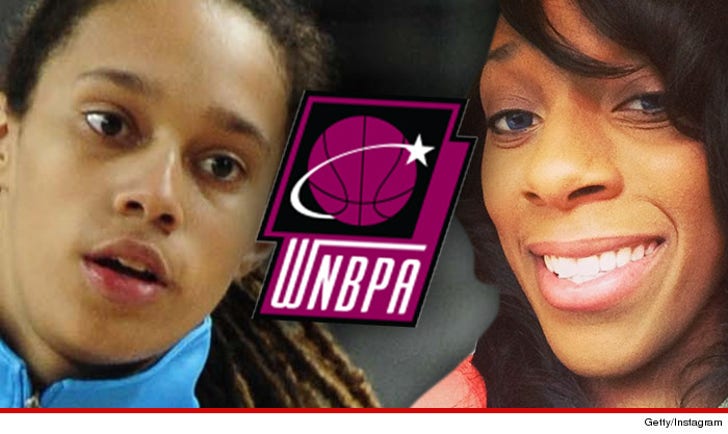 Brittney Griner is getting SCREWED by the WNBA -- so says the WNBA Players Association, which claims Griner's 7 game suspension for domestic violence is "excessive and inappropriate."

We broke the story ... Griner and her wife Glory Johnson were each hit with 7 game suspensions after they were both arrested for attacking each other at their AZ home on April 22nd.

So far, neither woman has appealed the punishment -- but the WNBA strongly believes they should.

"There is a significant segment of the WNBA players who feel that, while a suspension may have been warranted, a suspension of seven games (20% of the season) is excessive and inappropriate," a WNBA P.A. rep tells TMZ Sports.

The P.A. says it's concerned that the punishment would set an unfair precedent for the league -- considering both women were first time offenders.

The P.A. also says a 7 game suspension would have a "significant economic impact" on the WNBA as a league.

But the biggest problem, according to the P.A., the organization says it can't formally fight the league without Griner and Johnson giving their blessing -- and so far, they've been mum.

There's a deadline for the players to appeal -- June 4th -- so, the clock is ticking. 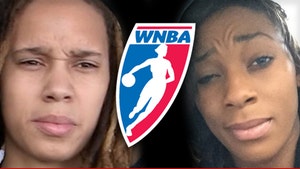 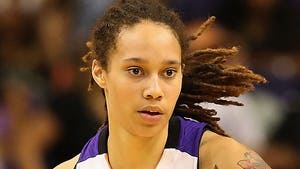