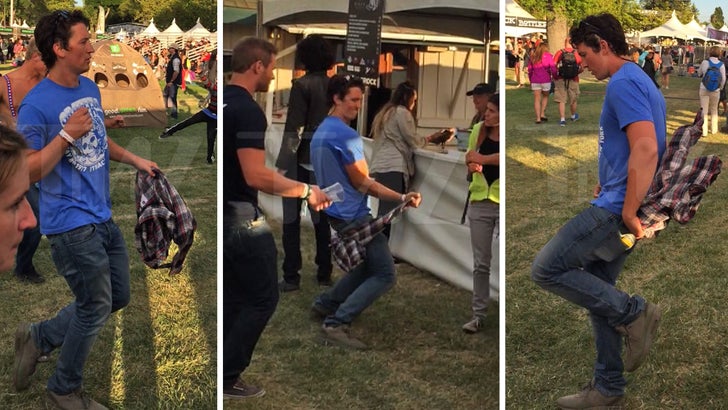 Miles Teller felt the tempo and neither rushed nor dragged his feet while showing off his moves at BottleRock Napa Valley music festival.

The "Whiplash" and "Footloose" star caught Brett Dennen’s set on Sunday, and tore up the field … even taking his dance moves to the beer line during the singer's funky “Must Be Losing My Mind."

Teller was having a blast ... several fans tweeted about him, including this gem ... “I met a drunk Miles Teller and it's probably the best thing ever.”

No. The best thing ever is Teller's dancing … just watch. We give the t-shirt toss-and-catch a '10.'