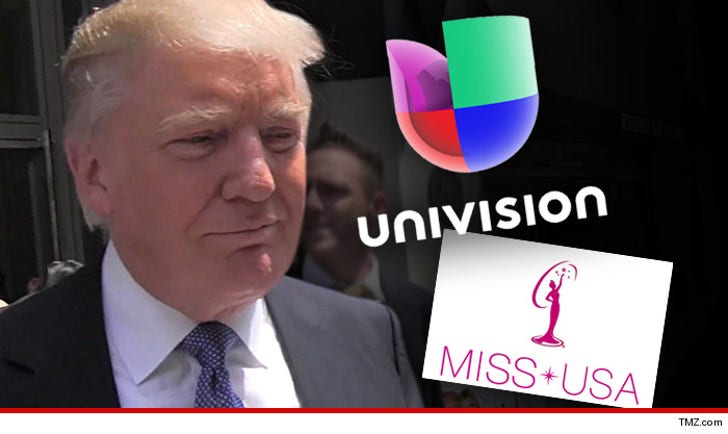 11:15 AM PT -- Cristian de la Fuente just confirmed what Donald told us. He was never hired as the host. He was merely brought on by Univision to host a simulcast.

Donald Trump has a vision for Univision ... it involves a courtroom, a jury and a bank account that will be bled dry.

Trump tells TMZ, he will sue Univision for "hundreds of millions of dollars" for breaching what he says is a binding, 5 year deal to air the Miss USA pageant.

The Donald says Univision had no legal right to back out of the deal Thursday, based on his comments about Mexico and Mexicans, saying many of them who come here are drug dealers and rapists.

Trump tells us, the contract, which was signed in January of this year, is iron-clad. He also says Univision became immediately apologetic after pulling the plug, telling him they were backed against a wall and pleading with him not to talk about Mexico anymore or to at least soften his view.

The candidate says, "I love the Mexican people, but I'm running for President and our country comes first."

And, as for Cristian de la Fuente, the "Devious Maids" star who says he's backing out of hosting the pageant, Trump tells us, "We never even signed the guy. After the Miss USA people saw him they were unimpressed." 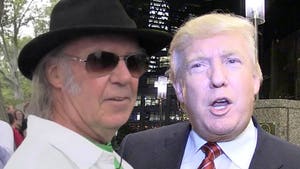