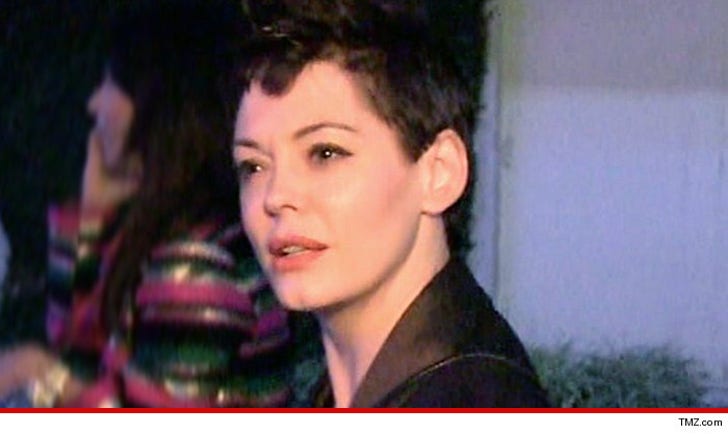 Calling out Adam Sandler for demanding extreme cleavage, just bit Rose McGowan in the ass -- she got dropped by her agent.

As Rose puts it ... "I just got fired by my wussy acting agent because I spoke up about the bulls**t in Hollywood."

If you missed it -- Rose went on a rant about the notes attached to a casting call for a Sandler flick. The notes called for women to wear something tight "that shows off cleavage (push-up bras encouraged)." She thought it was offensive to women, but a lot of people just saw it as part of the job for actors.

Boobs. Getting people in trouble since ... well, forever.