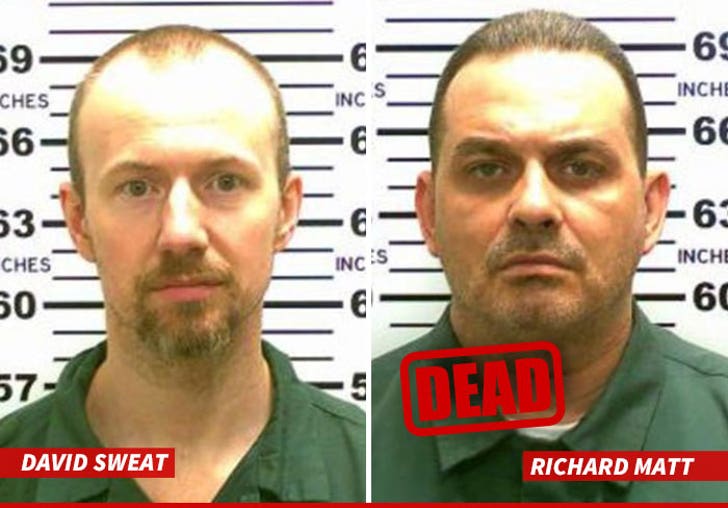 Cops finally got one of the NY prison fugitives -- Richard Matt has been fatally shot, and officers are now hot on the trail of his cohort David Sweat.

Officers reportedly tracked down Matt and shot him near Lake Titus, NY ... which is about 50 miles away from Clinton Correctional Facility.

The murderers, Matt and Sweat, broke out of the prison on June 5th ... and the manhunt for them has captivated the nation. Border Patrol, NY State Troopers, and U.S. Marshals have all aided in the search.

Police said there was DNA evidence left from when the fugitives broke into a cabin about 10 miles away from Lake Titus ... which clearly pointed them right to the men. 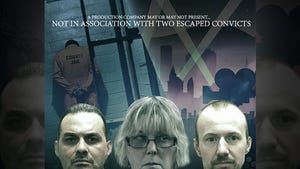