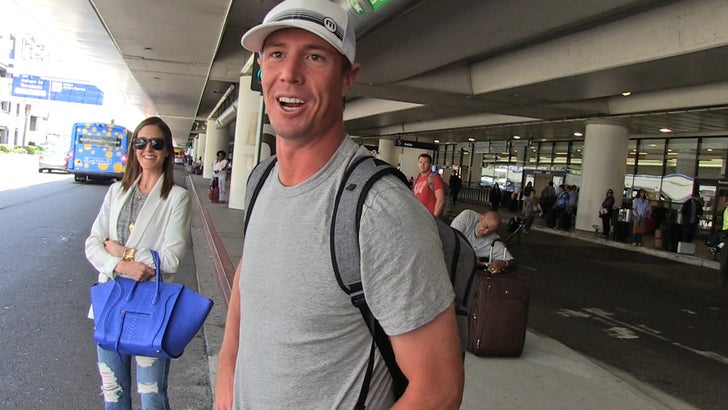 His teammate has done it ... but Atlanta Falcons quarterback Matt Ryan says there's no way he's following in Kroy Biermann's shoes -- and won't appear on "Real Housewives of ATL."

Matt and his wife Sarah would be perfect for the show -- rich, famous, not afraid of NeNe -- but while the couple says they're fans of the franchise ... they don't see themselves as part of Andy Cohen's Bravo empire.

Don't count them all the way out ... they do have reality show experience on HBO's "Hard Knocks."

Plus, with former MLB superstar Jim Edmonds joining the cast in "Orange County" ... it could be the start of an athlete trend in the future.