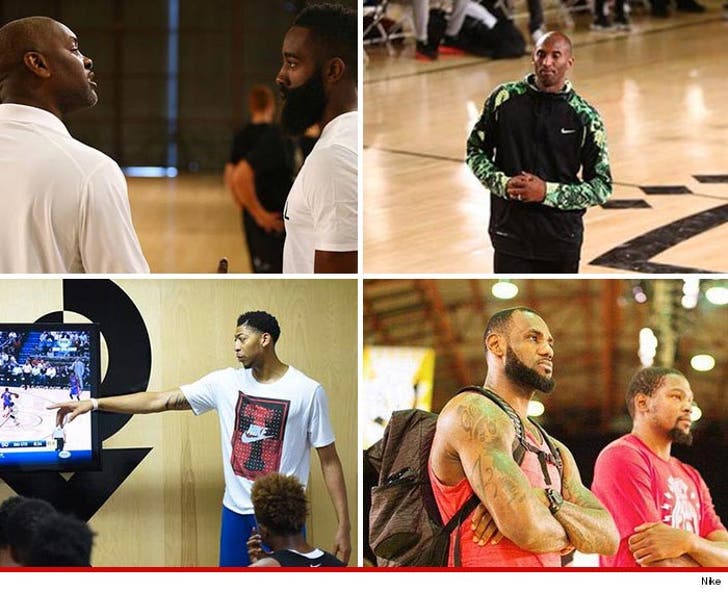 James Harden had a HUGE target on his back at an elite Nike event in L.A. this weekend -- but we're told he DESTROYED all comers ... including some of the top high school and college players in the country.

Harden -- along with NBA superstars like Kobe Bryant, LeBron, Kevin Durant and more -- hit up the Nike Basketball Academy at a private airplane hanger in Santa Monica.

The event was invite-only and allowed some of the best up-and-comers to test their skills against the pros.

Sources at the event tell us ... on the last day of the camp, a bunch of the amateurs took on a team comprised of Paul George, Demarcus Cousins, Anthony Davis, James Harden and others.

But, for some reason, we're told everyone was "trying to go hard" at Harden.

The bad news for the youngsters ... we're told Harden took the kids to school -- "destroyed everyone."

We're also told Paul George looked good -- as one source put it, "He got his bounce back. It looks like he never lost a step."

All in all, we're told the kids had an incredible experience -- Kobe spoke to the camp and gave people advice, LeBron led a skills session and DeMar DeRozan helped lead a spin class.