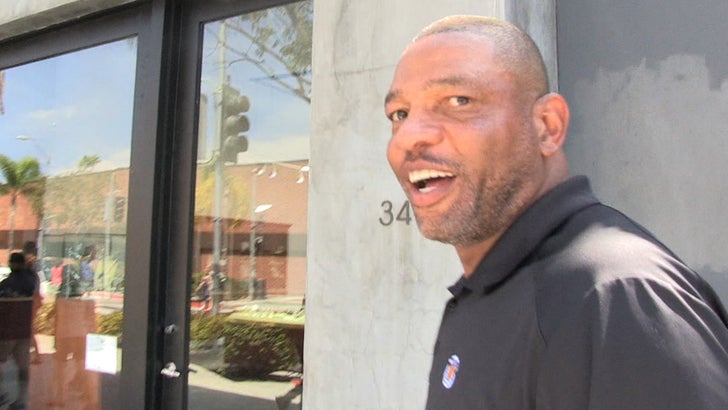 We JUST shot Doc Rivers -- moments after the story broke that DeAndre Jordan is leaving the Clippers for the Dallas Mavericks ... and he seems pretty upbeat for a guy who just lost a superstar.

The L.A. Clippers honcho was out in Beverly Hills ... when he told us the team will miss the 7-footer ... but it doesn't mean the Clips are dunzo -- "We'll be good."

Even Jamie Foxx stopped by Doc's recruiting dinner with Jordan to try and seal the deal for him to stay in L.A. -- but it just wasn't enough. But Doc says don't blame Jamie, he tried his best.

So, what's the plan going forward for the Clippers? Check out the clip ...