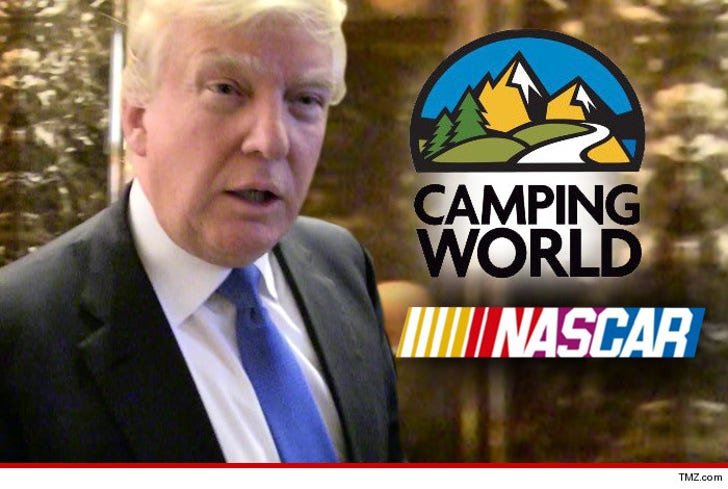 One of the biggest NASCAR sponsors in all of racing is pumping the brakes on Donald Trump -- trying to pull a huge awards ceremony from one of Trump's properties and urging all of NASCAR to cut ties.

Lemonis is a HUGE player in NASCAR -- since his company sponsors the NASCAR Camping World Truck Series -- and recently signed a MASSIVE deal with the org. extending their relationship to 2022.

In his letter to France, Lemonis writes ... "Last year, our NASCAR Camping World Truck Series Awards Ceremony was held at the Trump National Doral in Miami, and due to recent and ongoing blatantly bigoted and racist comments from Donald Trump in regards to immigrants of the United States, I would like to inform you that I will not, nor will any representative of Camping World, participate or attend in the ceremonial event if it is held at any Trump property."

He adds, "I would hope that the entire NASCAR organization would agree with my sentiments."