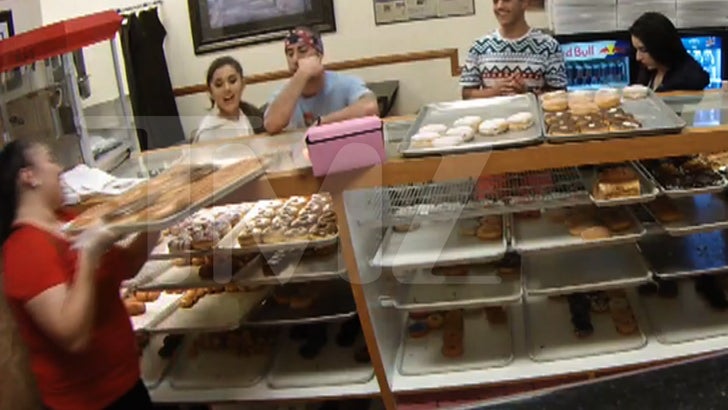 Ariana Grande burned herself badly in that donut shop ... by bashing fat Americans, and now many people think that's why she's bailing on a huge concert event.

We broke the story -- employees at a southern Cali donut shop were pissed because they said Ariana and her new BF licked donuts when no one was looking ... which would've been nasty enough.

But what's pissed off even more people is what happened later in the vid -- an employee brought out a tray of oversized donuts, and Ariana blurted ... "What the f**k is that? I hate Americans. I hate America."

To be fair ... she's not the first to say it, but curiously Ariana announced yesterday she was dropping out of Major League Baseball's All-Star concert this weekend. Her people say it's because she had wisdom teeth removed on Monday.

Ariana Grande You Might Want to Rethink TMZ Sports Music