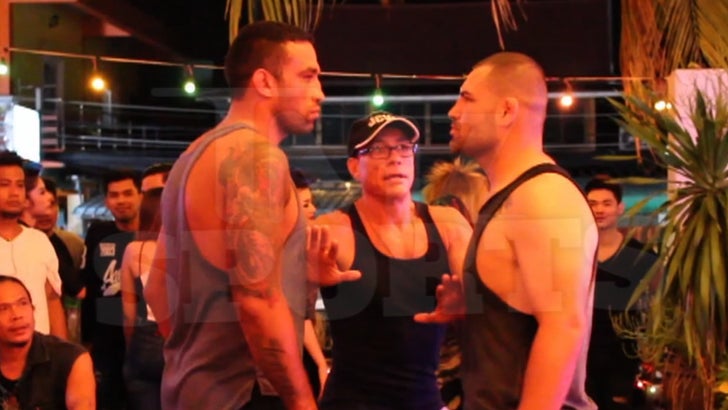 Here's video of one of the best fake fighters of all-time breaking up a fight between two guys who do it for real ... but are clearly faking.

The fake fighter is Jean-Claude Van Damme ... who was down in Thailand shooting a new Kickboxer movie (AWESOME) when real-life UFC stars Cain Velazquez and Fabricio Werdum seemed to have a confrontation.

Check out the clip -- It's a scene right out of one of JCVD's flicks ... with the 54-year-old action star stepping in between the two Heavyweights and diffusing the "situation."

We hope the Academy is watching.