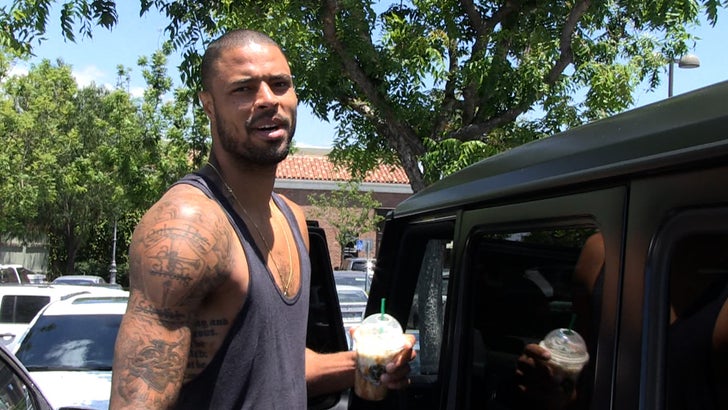 Tyson's definitely the right guy to ask about the Jordan drama -- not only is he the guy Jordan was supposed to replace in Dallas ... but he's also pretty tight with Mark Cuban and Chandler Parsons.

Chandler was pretty candid about the whole situation ... saying the way things went down were "a little iffy" ... but says at the end of the day, "Every man has his own right to make his own decision."

As for Dallas Mavs star Chandler Parsons -- he's been ripping DeAndre in the media ... saying D.J. went back to the Clippers because he's too "scared" to be a franchise player.

But Tyson says that's not really Chandler talkin', it's the butthurt ... and he'll get over it.