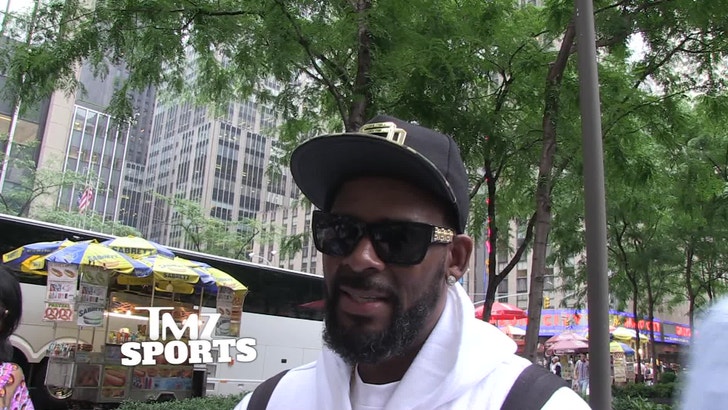 Ask and you shall receive ... that's the lesson Nick Young just learned -- because R. Kelly says the NBA star formally requested that he sing at his wedding ... and R's definitely DOWN FOR IT!

Kelly tells TMZ Sports ... today he finally met with Swaggy P -- who said he was serious about wanting R. to perform his song" Marry the P**sy" when he ties the knot with Iggy Azalea.

Kelly says he had heard rumblings about Young's request, but didn't know if he was serious -- but "now that I know it's real, we got to sit down and discuss the logistics."

BONUS -- We also talked to Kelly about basketball ... and he told us he used to play a regular game with Michael Jordan!!

What's more impressive, Kelly says he used to "hold his own" against MJ on the court.