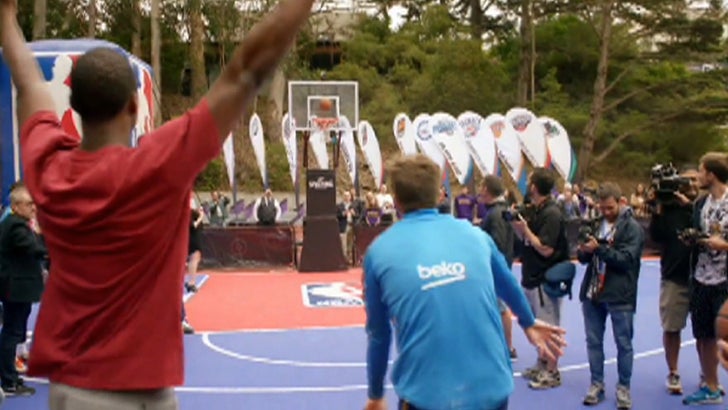 Soccer superstar Gerard Pique proved his hands are just as accurate as his feet ... sinking a half-court NBA shot on his first try during a shootaround with Golden State Warriors star Harrison Barnes.

Shakira's baby daddy -- along with the rest of FC Barcelona -- took a break from training to shoot some hoop with Barnes in San Francisco recently.

And while a bunch of the guys shot like crap -- seriously, some were pretty terrible -- Pique showed that he's a virtual sharpshooter from downtown.