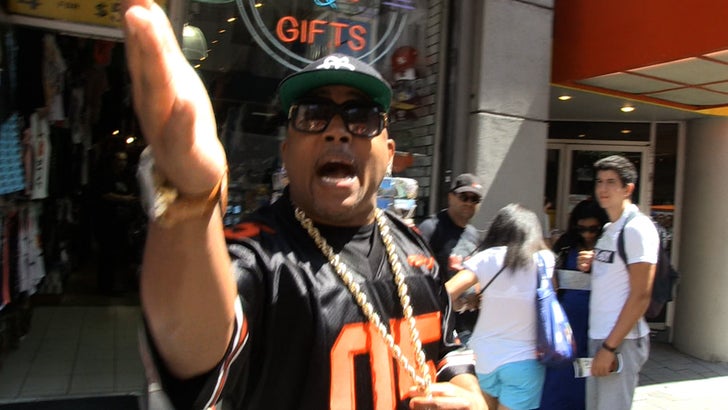 Daymond John is looking to cash in on the KKK -- and says he'll even HIRE the KKK member who was wearing FUBU sneakers at a Confederate flag rally!!

We got the "Shark Tank" star in NYC and had to get his reaction to the video of a Georgia reporter confronting a KKK member about rocking sneakers by FUBU -- which, of course, is the line John famously founded ... specifically to empower the black community.

Daymond says, "The guy has great taste in sneakers and ... people have been calling FUBU every day now! I wish I knew his name, I want to write him a check!!" He does say he wishes the guy would change his ways, but then gushes even more about him.

DJ was recently named Presidential Ambassador for Global Entrepreneurship -- so he knows a biz opportunity when he sees one, but this video's still kinda shocking.

If he goes forward with this, we'd like to suggest a spinoff brand -- FRBU??

Daymond says he was kidding around and being sarcastic when he said he'd hire the guy. Daymond came on "TMZ Live" and explained his sarcasm when he said he'd give the guy a job. He wants to make it clear he would NOT hire him. 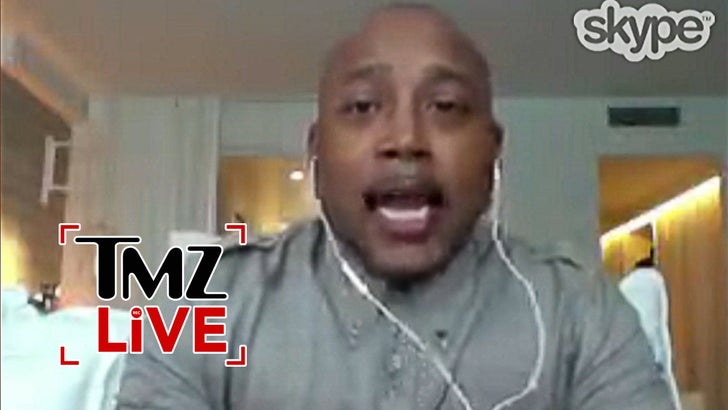