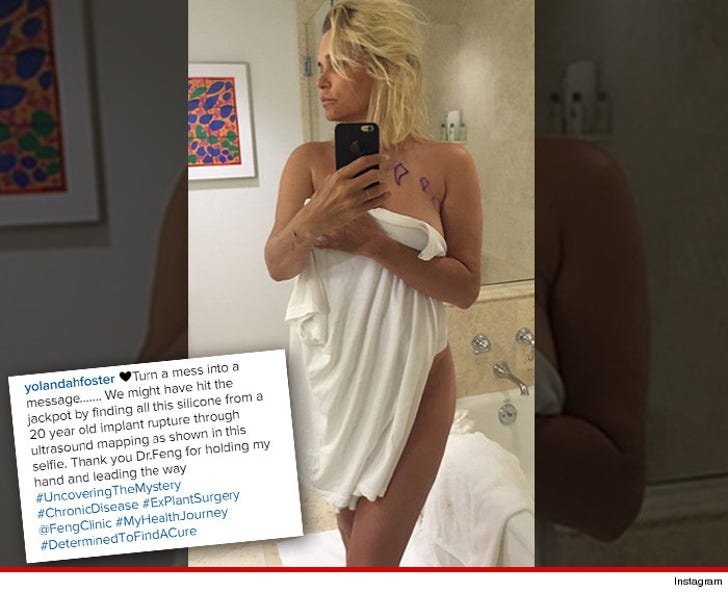 Yolanda Foster thinks her leaky breast implants were making her preexisting medical condition debilitating, so she's had them removed from her body ... and it changed her life.

According to our sources, the 'Real Housewives of Beverly Hills' star had both implants removed this week. Foster says her doctors discovered one of them was leaking silicone, and they immediately realized it was exacerbating the symptoms of her Lyme disease.

Foster was diagnosed with Lyme disease in 2012 and her condition became so serious earlier this year, she lost the ability to read, write or even watch TV.

But doctors think Yolanda's condition will become way more manageable ... it won't cure her, but it will help keep the symptoms in check.