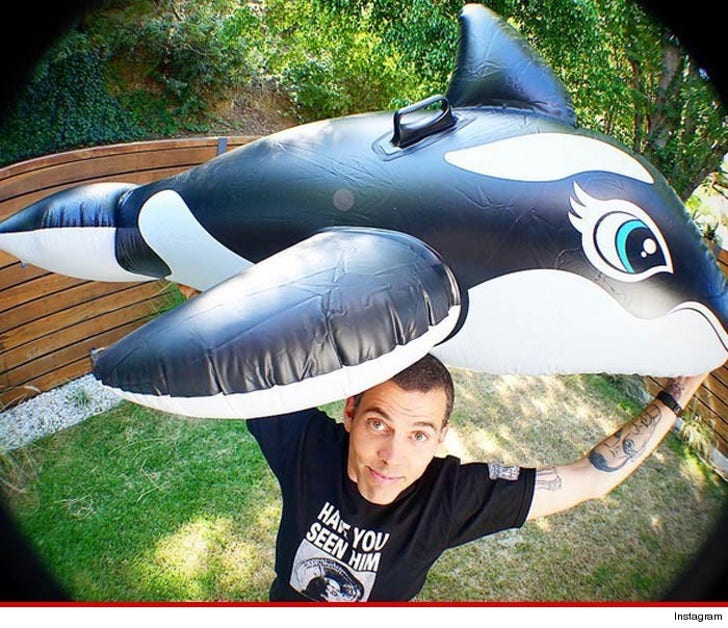 A jackass isn't the only animal synonymous with Steve-O anymore …cause the adrenaline junkie got arrested Sunday while performing a killer stunt for some captive killer whales.

The "Jackass" star broadcast the insane protest against Sea World on his Facebook … showing himself climbing to the top of a crane in Los Angeles and set off fireworks alongside an inflatable orca he named “Shammy.”

More than 80 firefighters and a ton of LAPD officers were sent to the crane around 8 p.m. following reports of a possible suicide attempt … he was charged with suspicion of trespassing, setting off fireworks without a permit and conspiracy to commit a crime.

Steve-O was released on $5,000 bail Monday morning and is scheduled in court August 31st. 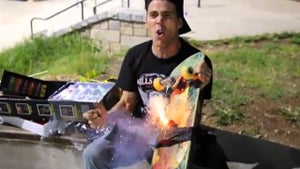 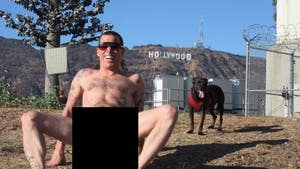 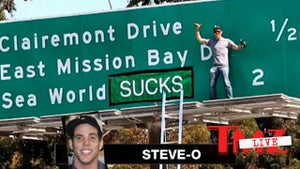