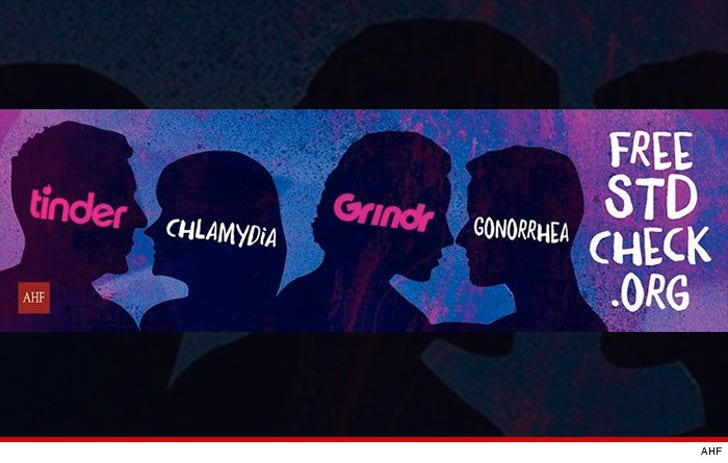 The folks at Tinder and Grindr are attacking an AIDS org that is warning people they can get STDs by using the apps.

The AIDS Healthcare Foundation (AHF) posted a billboard in West Hollywood, telegraphing a warning -- you can get chlamydia by hooking up on Tinder and gonorrhea on Grindr. 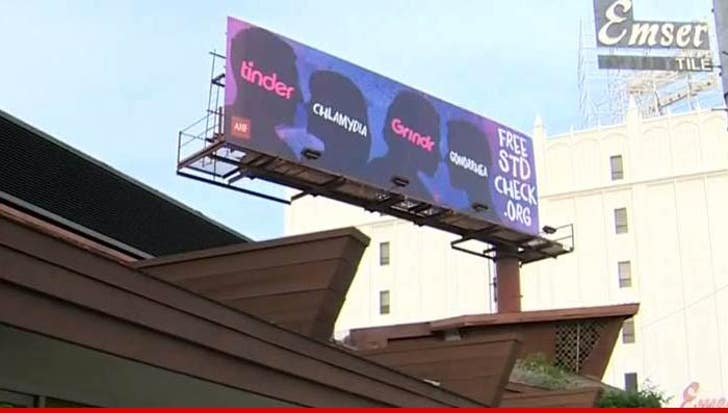 Tinder has responded, courtesy of its lawyer who fired off a cease and desist order, obtained by TMZ. The letter says, "Tinder cannot tolerate AHF's exploitation of these false, unsupported statements." Tinder is demanding the billboards be removed immediately.

As for Grindr, it cut off AHF paid advertising for free STD testing from its app.

AHF does not seem inclined to back down, citing various studies linking STDs to dating apps. 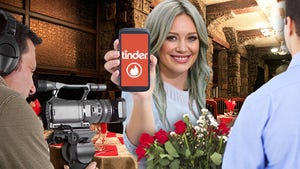 Hilary Duff -- I've Got Cameras On All My Tinder Dates 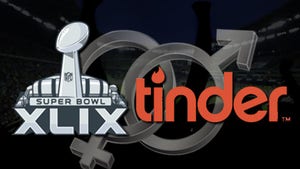