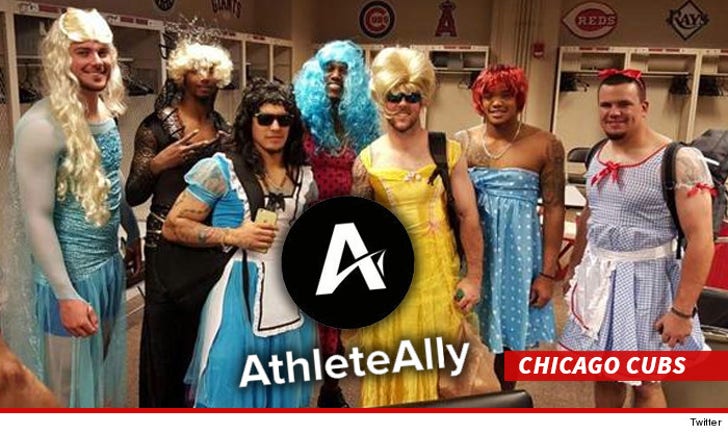 A powerful LGBT group -- backed by some HUGE athletes -- is calling for MLB teams to quit hazing rookies by forcing them to cross-dress ... because it sends a dangerous message to kids.

Several teams -- including the Oakland As, Miami Marlins and Chicago Cubs -- dressed their rookies up in women's clothing and paraded them around this week as part of a hazing tradition that's been going on for years.

Enter Hudson Taylor -- head of Athlete Ally -- an organization that promotes LGBT acceptance in sports. Taylor says the cross-dressing ritual is designed to embarrass the players ... which reinforces the message that men in women's clothing is something to be mocked.

"Requiring rookies to dress in feminine presenting clothing like wigs, dresses, and bikinis sends a strong and dangerous message that being a girl, woman, or feminine is somehow less than, and something to be mocked."

"Regardless of intent, as long as professional athletes participate in hazing of this kind, they will be continuing to perpetuate a culture that isolates, excludes, and marginalizes the experiences of lesbian, gay, bisexual, transgender, and female athletes." 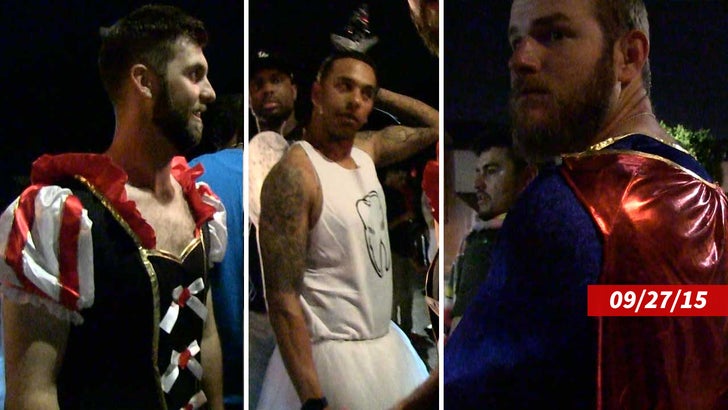 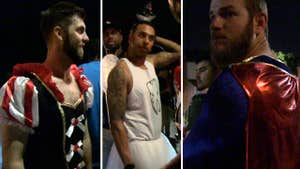 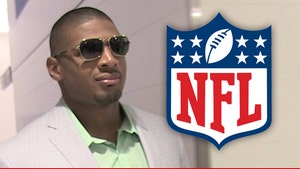 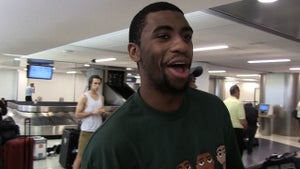