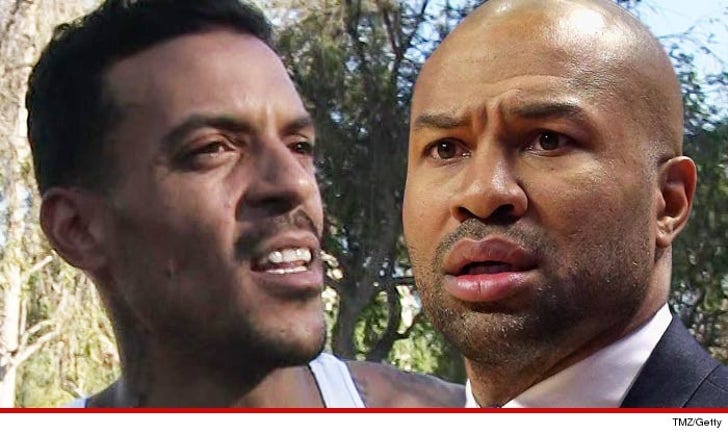 Matt Barnes punched Derek Fisher in the mouth with a closed fist during their melee in L.A. this past weekend -- and only stopped fighting when one of Matt's kids begged them to stop ... a witness tells TMZ Sports.

We spoke with a family member who was at the home when the incident went down ... and we're told Barnes was heated from the moment he walked in the door and saw his former Lakers teammate in the home.

We're told Barnes berated Fisher for dating his estranged wife Gloria Govan -- saying he felt disrespected because they've been good friends for years. The witness says Barnes made it clear he felt betrayed by Fish.

Fisher stood up to Barnes and an argument broke out -- the witness tells us Barnes threw a punch that hit Derek square in the mouth.

We're told Derek fought back and "was holding his own" -- until several people, including Gloria, rushed in to try to break it up.

But the fighting didn't stop until one of Matt's children came into the backyard and begged the men to stop fighting. We're told that pretty much ended things.

Matt eventually left the home. We're told both men were bleeding from the scrap.

We reached out to both Barnes and Fisher for comment. No word back.

Matt also said he and Derek were good friends at one point -- but clearly, that friendship is over. 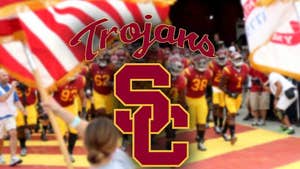 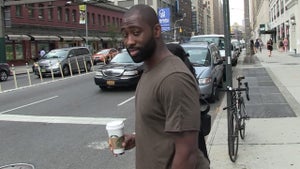 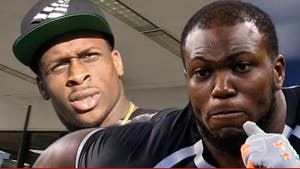