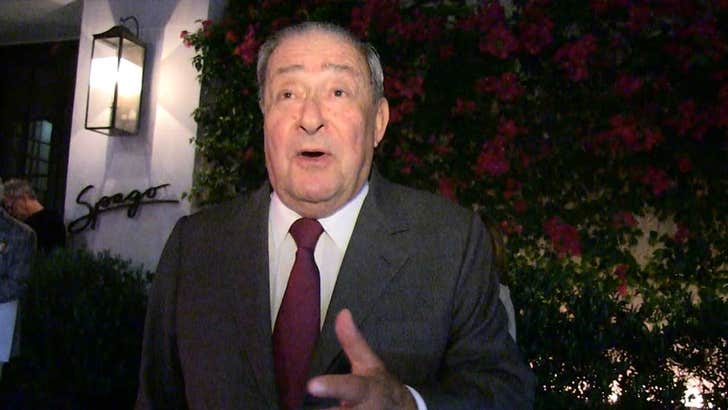 There are NO negotiations for a Mayweather vs. Pacquiao rematch ... despite reports that Manny said the two sides were talking ... this according to Manny's promoter Bob Arum.

Reports surfaced out of Qatar this week that Manny told reporters he was in negotiations for one final fight ... and his team was in talks with Floyd's people.

So last night TMZ Sports went right to the man who would know -- Bob Arum -- the head of Top Rank, who puts together every deal for Pacquiao ... and he called complete and total BS on the rematch rumors.

"There's been no negotiations, no discussion and because of the scheduling I don't think its possible for it even to happen."

He also says he believes that Floyd is retired for good ... so if you planned on a 50th fight -- you're S.O.L.