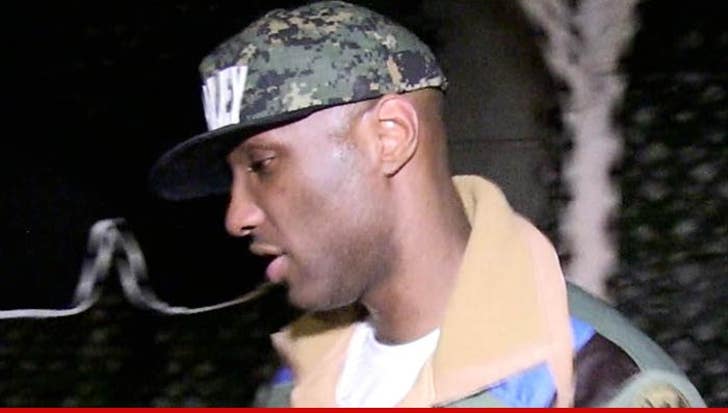 Lamar Odom had cocaine in his system and track marks on one of his arms ... so claim witnesses at the hospital where Lamar lies unconscious.

The witnesses tell TMZ ... doctors have determined the former NBA star had cocaine and opiates in his system -- but it's still unclear if the track marks are fresh or from previous drug use.

We're told doctors have told people close to Lamar the fluid they found in his lungs was the result of crack cocaine use.

We're also told several of Lamar's party friends have come to the hospital to see him but they were turned away.

Sources at the Love Ranch where Lamar was staying have said he was taking an herbal substitute for Viagra but no drugs were found. Dennis Hof who owns the Ranch tells TMZ he can't swear Lamar wasn't doing drugs in his room.