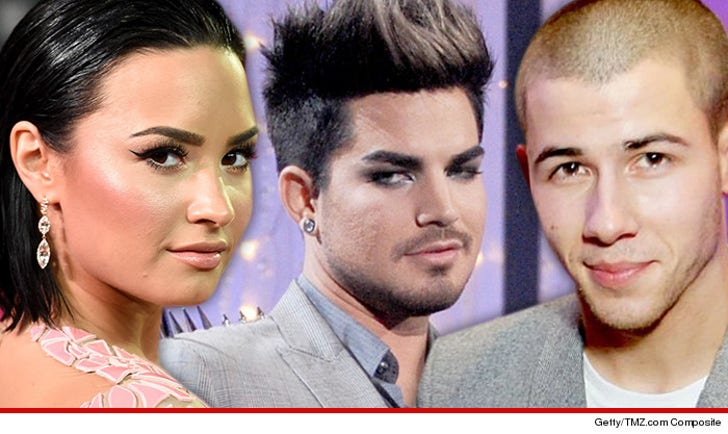 Adam Lambert is cool as a cucumber on the outside, saying he's got no beef with Demi Lovato after she dumped him from her world tour for Nick Jonas.

Lambert took to Twitter Saturday, saying, "No beef tween Demi & Nick and me. Biz negotiations are complex- why do we care about the rumors?" However, an informed source close to Adam tells TMZ the singer was very disappointed he was dropped and his people are PISSED.

Adam also tweeted out a Demi song he was listening to with the caption, "I love this track."

TMZ broke the story ... Lambert was set to hit the road with Demi during her upcoming world tour but she gave him the ax last minute for Nick Jonas.