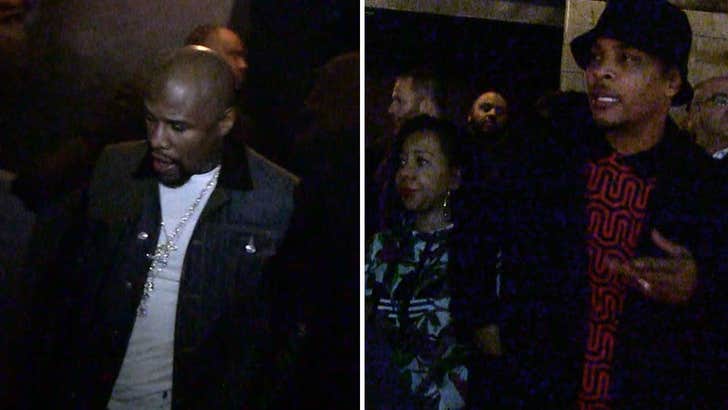 Floyd Mayweather hit the same Hollywood club as T.I. and Tiny Wednesday night -- but it doesn't seem the hatchet is buried all the way.

The three have a pretty nasty past -- which culminated in a BRAWL in Vegas last year when Floyd publicly claimed to be banging T.I.'s wife. 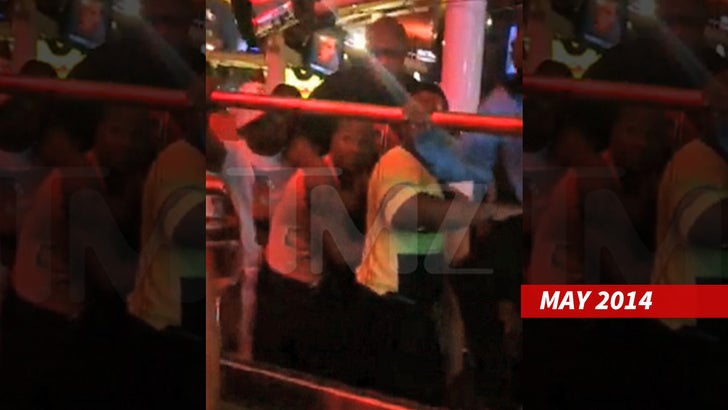 They seemed to have squashed the beef earlier this year ... but last night, it was pretty obvious there's still tension.

Tiny arrived a short time later by herself ... but only stayed for 3 MINUTES before she and T.I. bolted from the club.

We asked T.I. if he had a chance to speak with Floyd inside and judging by his answer, it seems pretty obvious their relationship isn't finished thawing yet. 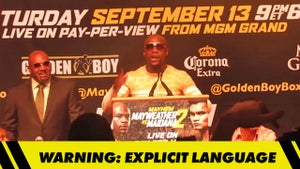 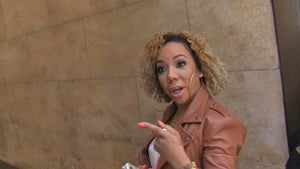 Tiny -- I Want to Squash the Beef with Floyd Mayweather