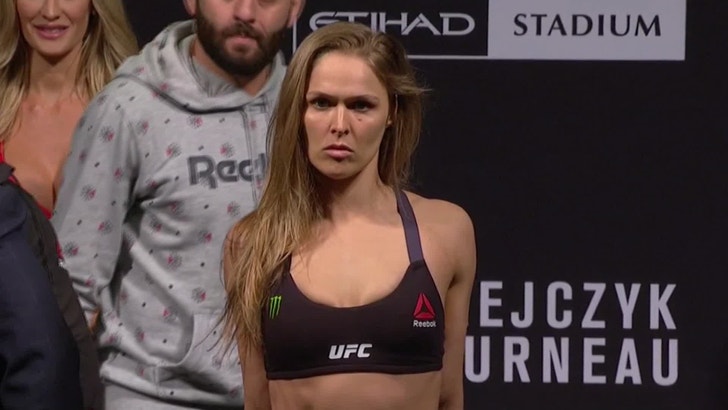 There was some charged up shoving at the UFC 193 weigh-ins ... with a pissed off Ronda Rousey cussing and threatening Holly Holm.

Rousey looked angry from the second she walked out on the stage -- but LOST HER MIND when Holm allegedly touched her face during the customary face-to-face showdown pose.

You can see Rousey shout a couple of expletives at Holm -- and later called Holly a phony who's gonna get her ass kicked Saturday. 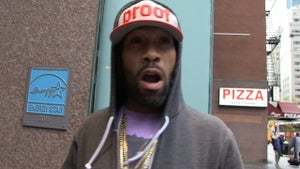