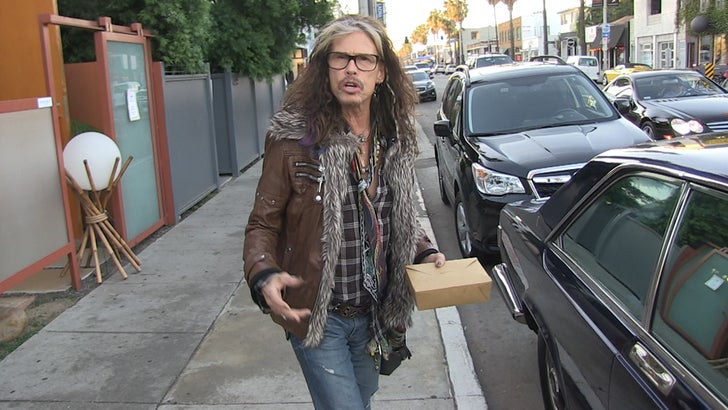 Steven Tyler is on board for a gig in Paris in the very theater where nearly 100 people were slaughtered ... and thinks other musicians should follow suit for one simple reason.

U2 and Foo Fighters cancelled Paris concerts in the aftermath of the attacks -- and when we got Steven outside Gjelina in Venice, CA ... he agreed this probably isn't the right time.

But after hesitating -- and getting a little emotional -- the Aerosmith frontman told us he and/or the band would absolutely be down to return to the city of light in the near future, and even play at the Bataclan Theatre. The owner has said it will eventually reopen.

Tyler's message is clear ... he's not going to let fear rule his life.