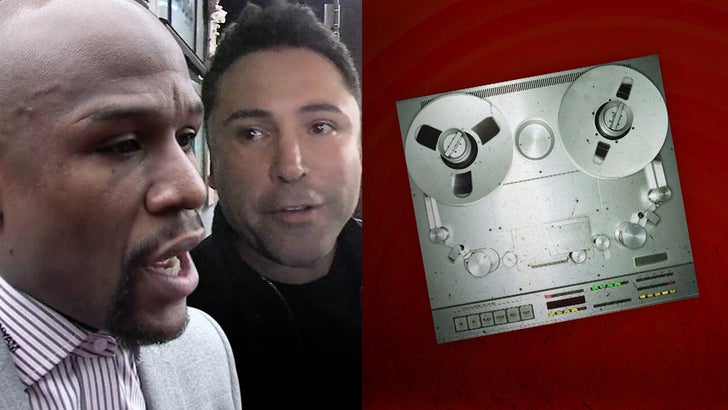 Floyd Mayweather says DRUGS are to blame for Oscar De La Hoya's recent attack on the boxer -- claiming Oscar must be screwed up in the head for picking such a public fight.

Mayweather appeared on DJ Whoo Kid's "The Whoolywood Shuffle" show and addressed De La Hoya's scathing letter to Floyd ... in which Oscar called him boring and said boxing is better off without him.

De La Hoya famously completed a stint in rehab in 2013 for drug and alcohol abuse -- and has admitted a problem with cocaine in the past.

But Mayweather clearly feels the drugs took a toll on Oscar -- insinuating that it messed with his brain so much, he clearly doesn't realize what he's doing.

For the record, De La Hoya has spoken publicly about his substance abuse and says he's all cleaned up.