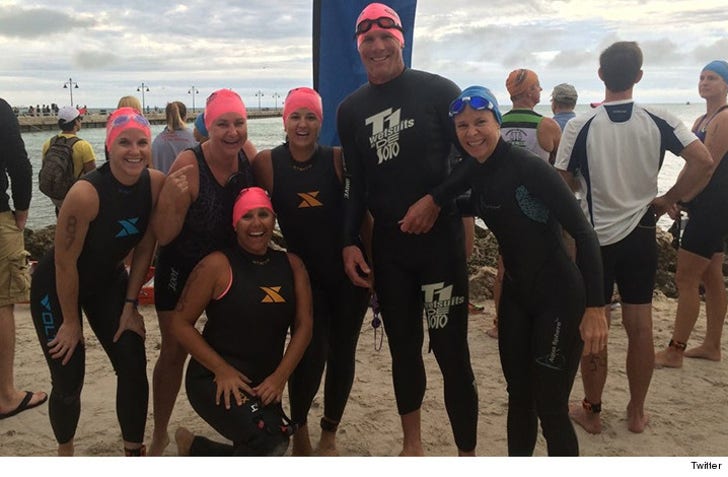 Brett Favre suited up again, but no shoulder pads or helmet this time ... just a hot pink swim cap for the first leg of a triathlon Saturday.

A bunch of Brett's female competitors surrounded him at the start of the Key West Triathlon. It's unclear which group he went out with -- the shorter sprint distance or the more grueling olympic -- but either one's longer than what the average retiree could do.

This isn't Brett's first swim/bike/run event, he did one in Alabama back in September in Alabama ... and placed 3rd in his age group!

He's already the NFL's ironman -- 321 consecutive starts -- but we'll see if he works up to that title in triathlons. 2.4 mile swim, 112 mile bike plus a marathon ... ain't for weekend warriors.