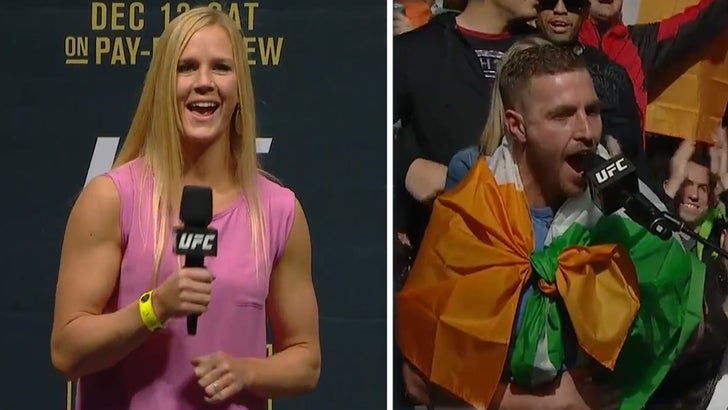 Gotta love the Irish -- who invaded a UFC event in Vegas today and turned a Q&A with Holly Holm into a CRAZY sing-a-long ... with the entire arena joining in!

It all went down at the MGM in Vegas -- where the champ was taking questions from the crowd ... which seemed like it consisted of the entire country of Ireland (in town to support Conor McGregor).

So, when some dude draped in an Irish flag busted out an acapella Frankie Valli's "Can't Take My Eyes Off Of You" -- the ENTIRE place joined in ... and it was awesome. 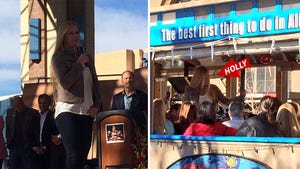