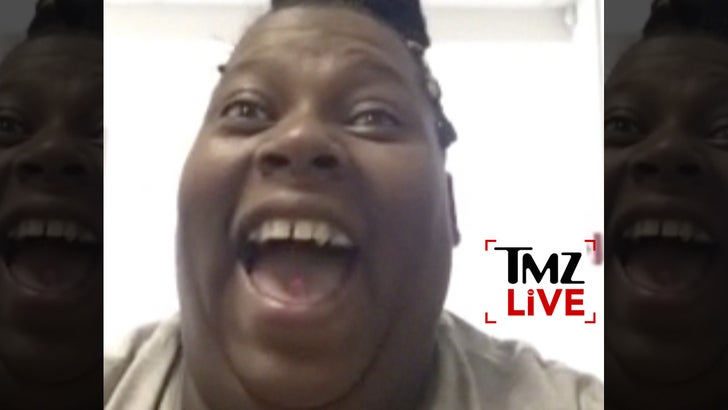 Michelle Dobyne is now known around the world as the "It's Poppin!" lady -- her epic firsthand account of a building fire went viral, and she's already going a little Hollywood.

Michelle appeared on Wednesday's "TMZ Live" to tell us how her life has changed overnight due to the viral video -- AND the 17-year-old girl who found her and got her a manager (the girl's mother).

It's a crazy story and, of course, no one can tell it the way she does. Michelle also told us she's going to appear on "Maury" next week, and she's hoping to use all this publicity to get into stand-up comedy.

As for getting displaced by the fire -- we had a little surprise for Michelle and her 3 kids. Miss this video? "Not todaaay!"

And catch the full interview on "TMZ Live." 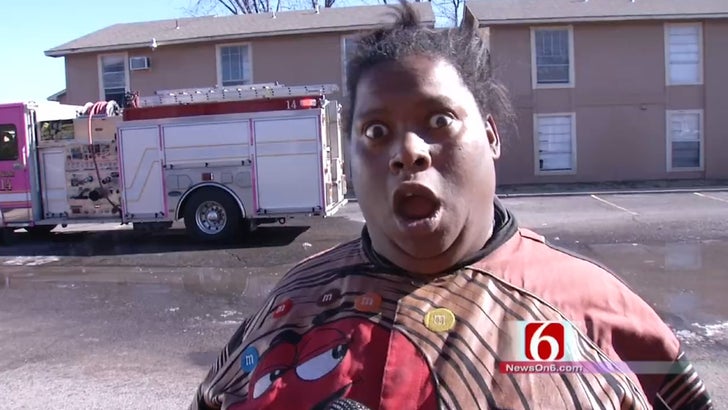 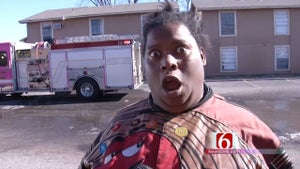