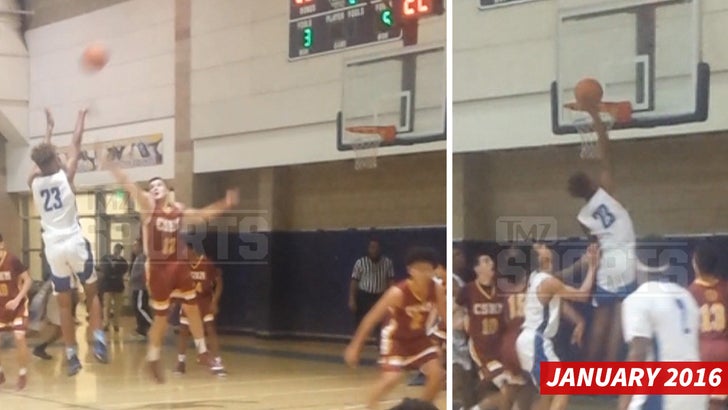 Well, this is interesting ...

We all know Shaquille O'Neal's son Shareef has the size and the strength to be a huge basketball star -- but check out mini-Diesel in action last night ... the kid's got a stroke!!!

The 6'7" sophomore hit from 3-point land ... and sank a few other impressive buckets from outside the perimeter during the MLK Classic at Laces High School in Los Angeles.

Shareef's squad from Winward High School ultimately took an L at the hands of Cantwell-Sacred Heart of Mary High School ... but we're told he impressed a bunch of D1 scouts who were in the crowd.

As we previously reported, Shareef's mom Shaunie wants him to stay on the West Coast. He's still got plenty of time to make up his mind. 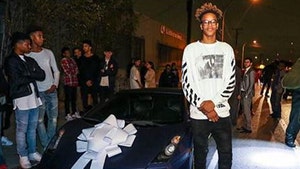