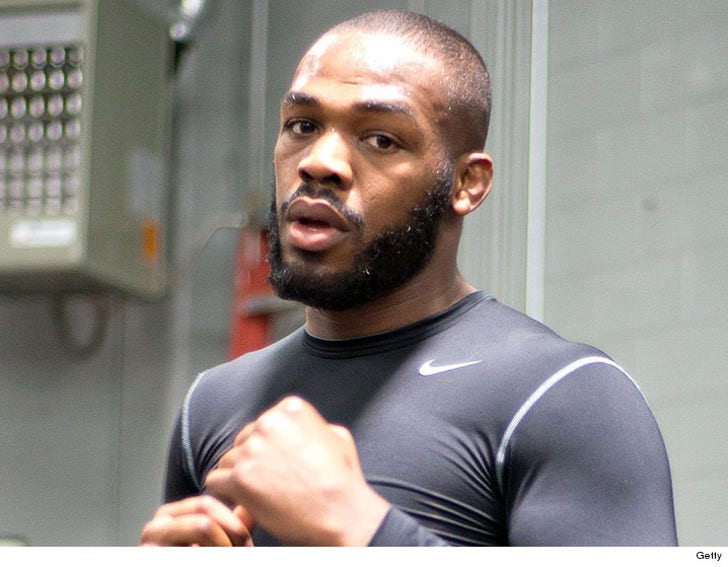 12:32 PM PT -- A rep for the D.A.'s office tells TMZ Sports they will NOT be filing a formal probation violation against Jones.

"This will be dealt with by a sanction at the probation level and we will not be filing a formal probation violation," a rep for the D.A.'s office tells us.

Jon Jones could be in serious trouble ... because officials in New Mexico are investigating if the UFC superstar violated his probation last week -- and the consequences could be VERY serious.

Jones is currently serving 18 months probation stemming from his hit and run conviction back in September -- and he was ordered to not break any laws.

But Jones was pulled over in Albuquerque on January 31st and was cited for 3 violations -- driving without a registration, no driver's license and no proof of insurance.

We spoke with a rep for the Bernalillo District Attorney's Office who tells us officials are currently "examining the matter" to determine if Jones violated his probation.

Jones has a lot at stake -- it's specifically written in his plea agreement that "if defendant violates that probation, defendant may be incarcerated for the balance of the sentence."

Officials tell us so far, there has not been a formal report of violation of probation and Jones has NOT been taken into custody over the matter. 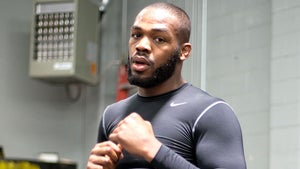 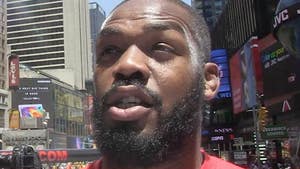