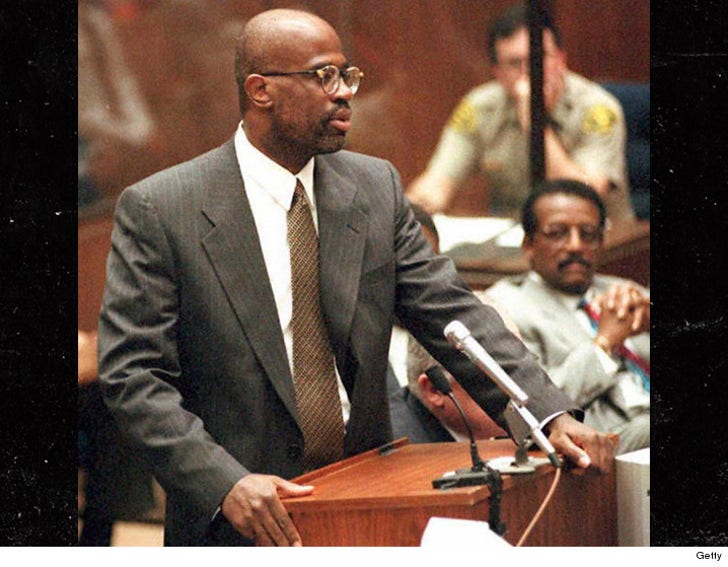 Former O.J. Simpson prosecutor Chris Darden claims one of his baby mamas has been hounding and harassing him for months, making allegations he traded legal services for sex.

Darden acknowledges he has a 2-year-old daughter with Smith.

According to Darden, back in June, Smith posted on his law office's Yelp page, "Mr. Darden has sex with his clients if you don't have enough money to hire him, and you have p***y he will take your case." He says she rants on that he has "7 kids by 7 different women."

Darden also says Smith has developed a fixation with the O.J. Simpson case, emailing him under the name "Nicole Brown Simpson." He says she's unstable and needs psychiatric intervention.

Darden says Smith has demanded to know how much money he's getting from the FX show, 'The People v. O.J. Simpson.' He says, "She rejected my true claim that I was neither consulted, contracted, paid or involved in any way with the show."

Darden says his family is "on pins and needles" over her daily harassment. He now has a restraining order keeping her 100 yards from him and prohibiting contact by email, telephone, mail or any other electronic means. The order does allow Smith to have "brief and peaceful contact" with Darden as it relates to their child.