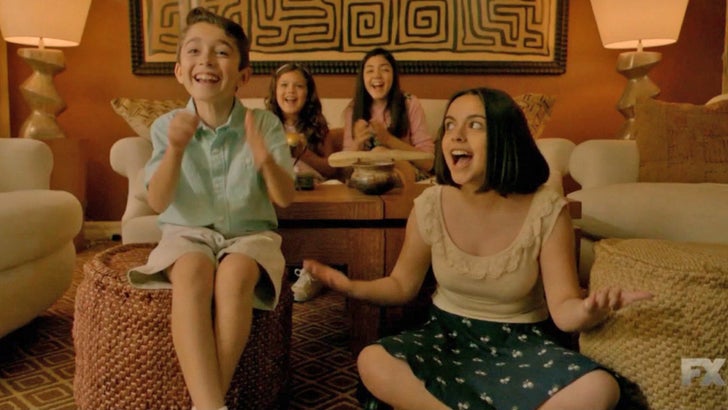 The Kardashian sisters don't love themselves as much as the producers of 'People v. O.J. Simpson' are making it seem.

Our family sources tell us Kim was watching and thought the scene was over-the-top and "ridiculous."

If you missed it ... Kim, Kourtney, Khloe and Rob all gathered around a TV watching their father Robert Kardashian at a news conference. When someone mispronounces the family name, they all start chanting it.

We're told the sisters absolutely remember watching their dad reading O.J.'s letter during the news conference, and they were certainly used to people, in general, screwing up their name -- but the cheering while watching TV simply "never happened."

The producers are clearly trying to portray the girls as fame whores -- with the first seeds being planted during the O.J. case -- but this time, at least, we're told they went too far. 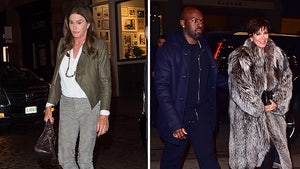 Caitlyn and Kris -- 22 Years After Vacationing with O.J. and Nicole (PHOTO) 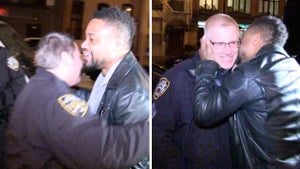