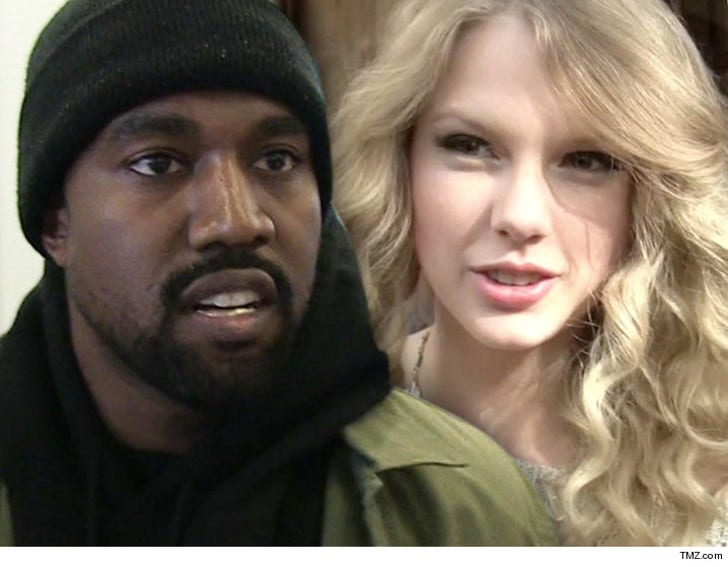 Kanye West and Taylor Swift are now at war over one of his new songs, in which he raps, "I feel like me and Taylor might still have sex, I made that bitch famous."

Taylor came out swinging Thursday night, disputing our story that sources told us Kanye called her about the song and she thought the lyrics were funny and had no problem with him releasing the track.

Tayor's rep says, "Kanye did not call for approval, but to ask Taylor to release his single 'Famous' on her Twitter account. She declined and cautioned him about releasing a song with such a strong misogynistic message. Taylor was never made aware of the actual lyric, 'I made that bitch famous.'"

But Kanye has just fired back, tweeting, "I called Taylor and had an hour long convo with her about the line and she thought it was funny and gave her blessings."

Kanye goes on, "Bitch is an endearing term in hip hop like the word n****." And, Kanye says, it was Taylor who actually inspired him with the lyric. He says, "She was having dinner with one of our friends who's name I will keep out of this and she told him, I can't be mad at Kanye because he made me famous!"

In a show of support, Taylor's younger brother, Austin, threw his Yeezys in the trash. 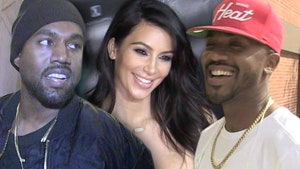 Kanye West -- I Gave Ray J a Heads Up ... I Rapped About Him Hitting Kim First