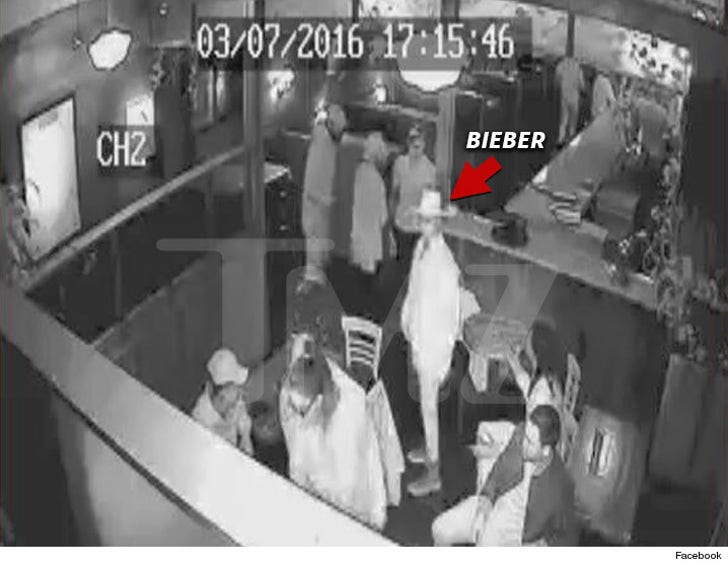 Justin Bieber is not as smooth as Tennessee whiskey -- or scotch for that matter -- because he bailed on a $130 bar tab after a heated exchange that nearly turned into a bar brawl.

Justin kicked off his tour in Seattle Wednesday night, but on Sunday night he and 7 pals hit up The Whisky Bar and ordered a round of shots. Sources at the bar tell us they asked for a mid-range blend and got GlenDronach ... a 12-year-old single malt scotch, $15 per shot.

We're told the group went out for a smoke and never came back to pay the bill, but they were all caught on surveillance cams.

One member of JB's entourage tells us trouble started when a female fan wanted a pic, but was denied by one of Bieber's dancers. That's when a guy with her got pissed, and started yelling and making a scene. We're told Justin's group decided it was best to get outta Dodge before a fight started.

Our source says one of Justin's bodyguards was supposed to pay, but obviously didn't in the chaos. We're told they settled up with the bar Wednesday night. 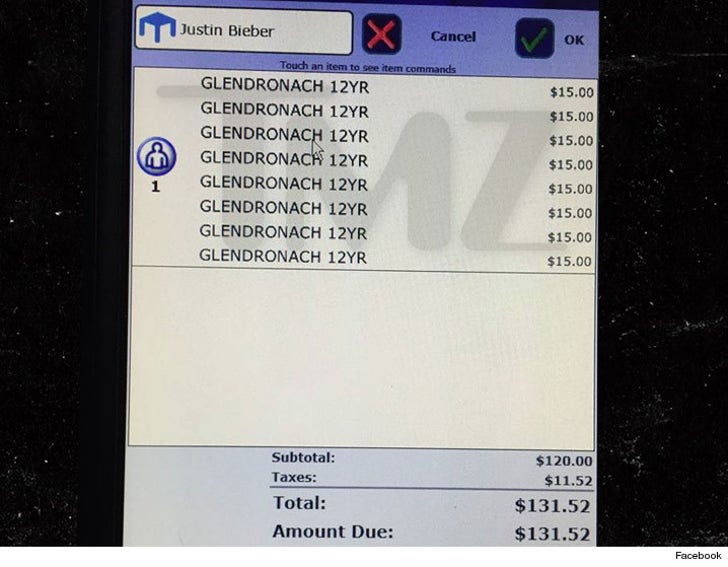 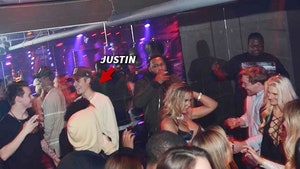 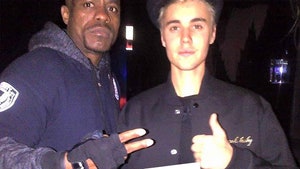