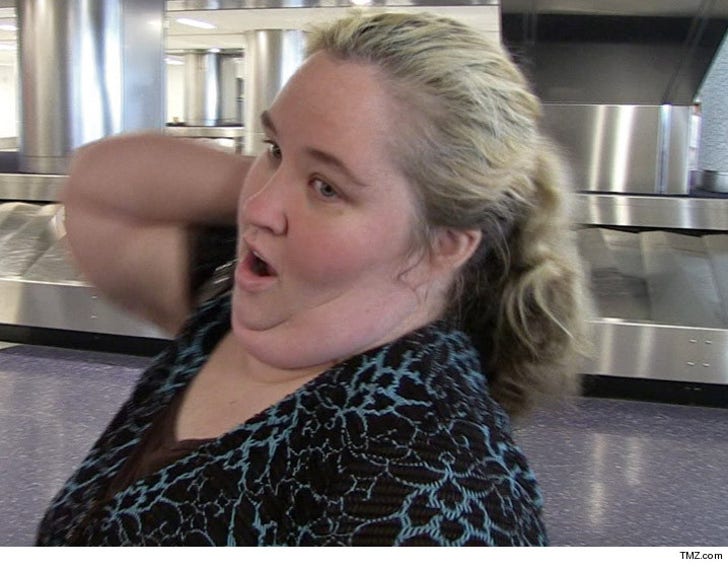 Cops say it's not a skull. Case closed.

Mama June believes there may be human remains on a property she just bought ... and cops have launched an investigation ... TMZ has learned.

June says she recently purchased an investment property in Griffin, GA -- and sent workers by on Saturday to start renovating.

The Griffin Police Dept tells us the workers found a long abandoned water well on the property ... and after scoping it with a cell phone tied to a rope ... believe they saw the remains of a human skull.

June was not on the property at the time ... but was notified by the workers after they called police.

Cops say they scoped the well with their own video equipment ... and believe the object is a rock, but say they're going to return in the morning with a cadaver sniffing dog, just to be safe.