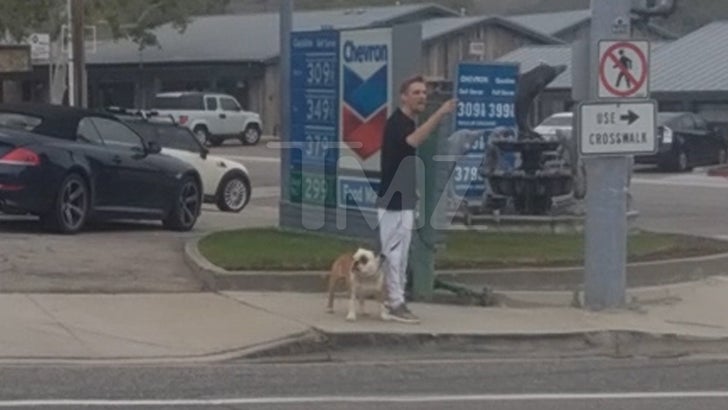 Aaron Carter played judge and jury in Malibu, threatening to lock up a driver who gave him the bird ... and TMZ got video of the insane roadside conflict.

Sources on scene say Aaron went ballistic after a Volvo driver laid on his horn at a busy intersection, accusing Aaron of making him miss the light. We're told the Volvo driver punctuated the exchange by flipping a middle finger at Aaron.

That's where this video picks up -- Carter pulled into a nearby parking lot, got out with his bulldog and yelled at the driver to pull over so they could fight. Carter also said he was going to get the guy arrested ... for the flick off.

When the driver tells him to "Go home!" Aaron's response is classic ... "Oh, you mean my $2 million mansion?" Check out the altercation -- even Aaron's dogs could tell this was a s*** show.

A rep for Carter tells us he wasn't in the wrong and was just standing up for himself. 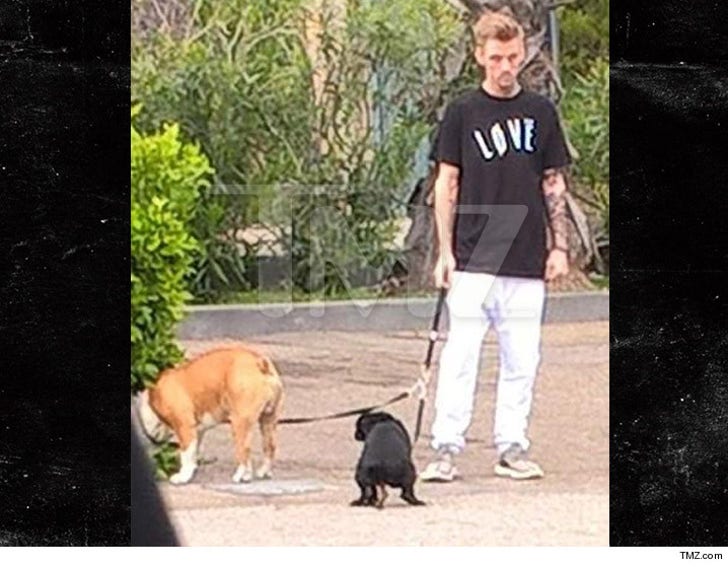 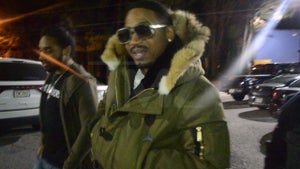