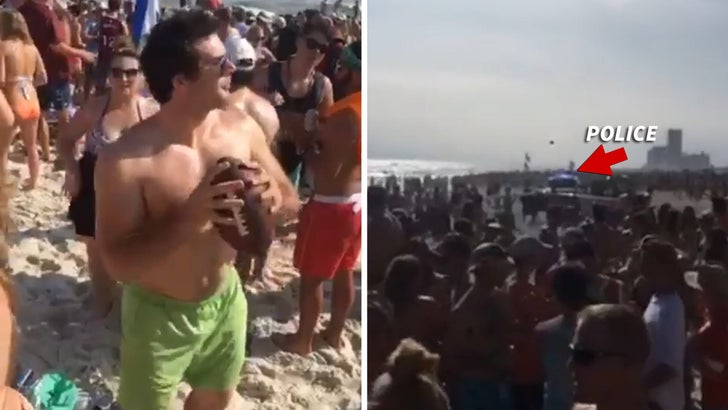 A spring break bro with a cannon for an arm is facing up to 6 months in jail after nailing a cop car with his football -- a dumbass move that went viral.

Gulf Shores PD in Alabama has issued an arrest warrant for Kameron Lane Heady after officers, like thousands of other people, saw the clip of Heady winding up and targeting one of their units patrolling the beach last week.

Cops down in Gulf Shores responded to the video with their own, saying -- "Great arm, Bad decision" and informed Heady they were looking to put him in cuffs. Sounds funny, but cops tell us they're serious as a judge in a wet t-shirt contest.

Cops tell us Kam hasn't turned himself in yet. Max punishment if he's convicted of misdemeanor harassment would be a $500 fine and 6 months in jail. It's unlikely he'd get locked up, but that $500 would buy a lot o' kegs. 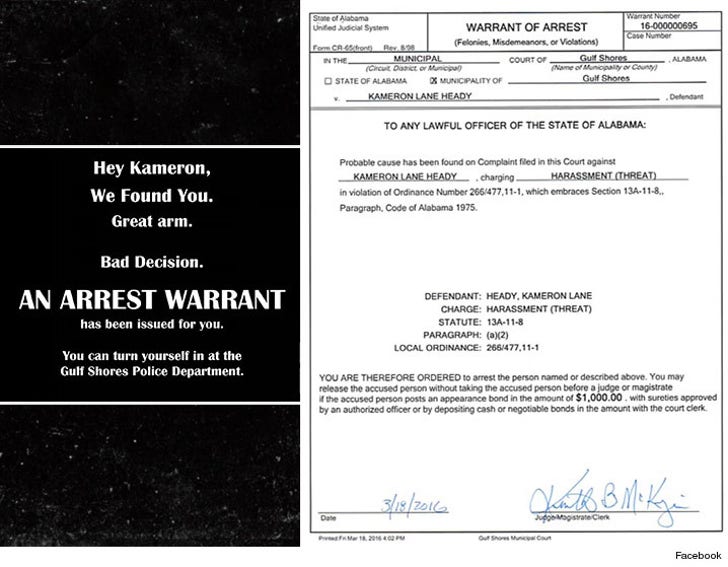 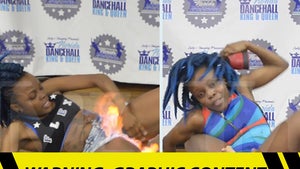 Viral Fire Crotch Dancer -- My Vagina Survived! ... But My Thighs Got Scorched 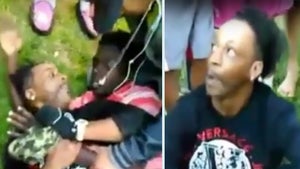