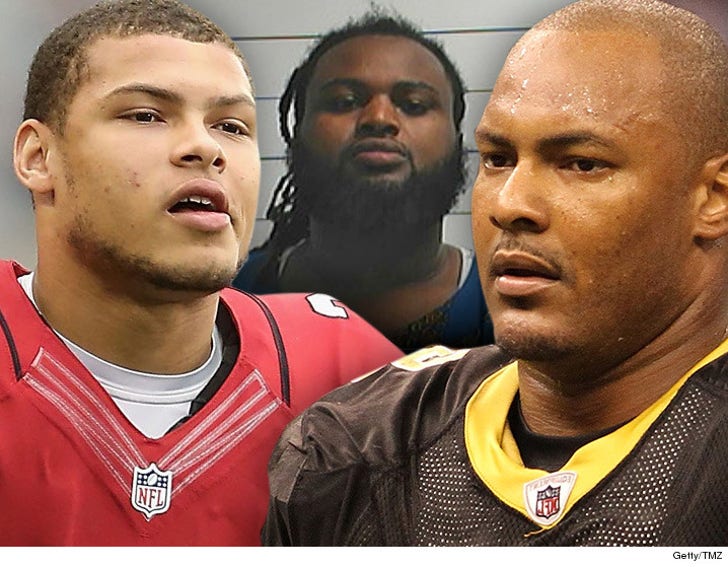 NFL superstar Tyrann Mathieu says he knows the man suspected of shooting former Saints defensive end Will Smith ... and says the guy has always been a "hating ass coward."

Turns out, Mathieu -- aka the Honey Badger -- and the alleged shooter, Cardell Hayes, were both high school football stars in New Orleans ... though Hayes is 5 years older than Tyrann.

Still, Mathieu went to Twitter and wrote, "I know that dude, he been a hating ass coward.... Never knew he'd grow up to be a killer tho.... May you get what you deserve coward."

Mathieu went on to blast rap music ... claiming it's "brainwashing [people like Hayes] to believe drugs and killing are the cool thing to do."

He added, "That sh*t ain't cool, cool is being a father and being able to provide ... cool is handling things like men not like cowards."

Tyrann also said he'll be dropping a rap album of his own to combat the negativity.

Buffalo Bills WR Sammy Watkins agreed with Tyrann's point -- adding, "All the rappers know exactly what they doing bro they serving the devil and that's what the 'elite' want to do to us."