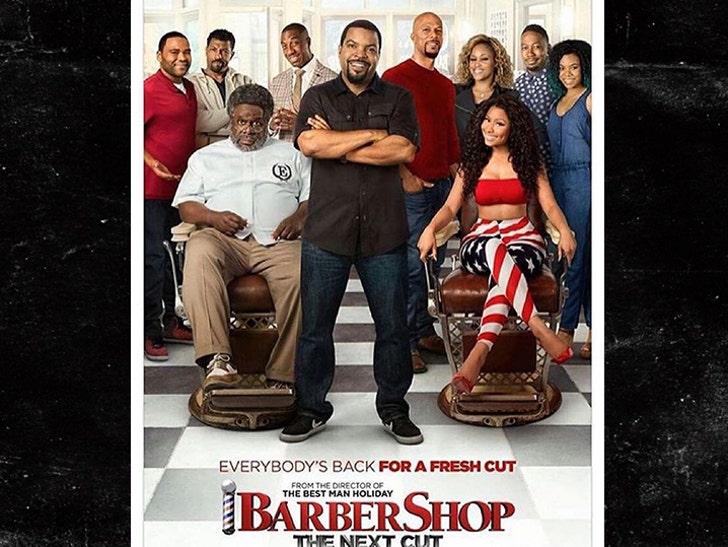 The studios behind 'Barbershop' -- Warner Bros and MGM -- say the lawsuit "falsely attempts to discredits the gifted writers, producers, and directors" who have worked on the franchise. They also say they intend to go after Lawrence for filing an "exploitative suit.

"Barbershop: The Next Cut" is supposed to hit theaters Friday -- but a playwright wants a judge to shut it down immediately, because it rips off his stage play ... according to the guy's lawsuit.

JD Lawrence says all 3 'Barbershop' flicks, and the Showtime TV series, bear an uncanny resemblance to scenes from "Scissors" ... a play he wrote and toured around the country from 1998 to 2001.

He says his play was set in a barbershop in a black neighborhood, and focused on the shop's importance to the community ... which, of course, is the same as the movies.

Lawrence says the similarities include ... characters, plot lines, and events. He points out "Scissors" has an elderly owner -- just like Cedric the Entertainer's character, Eddie. And both feature similar discussions about the O.J. Simpson murder trial -- and white barbers who get clowned ... for being white.

He's suing Warner Bros and Showtime for at least $20 million, and wants to block the release of 'The Next Cut.' Tick-tock ... Friday's coming up real quick. 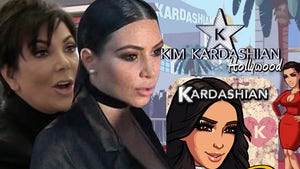